Artist, Publishers, Advertisers, and anything in between will be here. Enjoy!

An Article By Sarah Perez from Tech Crunch

Spotify announced today it will begin to test a new service that gives artists more of a say in how their music is discovered on the Spotify platform. At launch, the service will allow artists and labels to identify music that’s a priority to them, and Spotify will then add a signal to help the music get surfaced by its personalization algorithms.

While the new service is not a paid promotion and requires no upfront budget on artists’ or labels’ part, Spotify says that the artists, labels and rights holders will agree to be paid a “promotional recording royalty rate” for streams where the company provides the service. Streams that come from any other place in the app would not be impacted, however.

At launch, the promotional rate will apply only in select areas of Spotify’s app, including Spotify Radio and Autoplay. Promoted tracks won’t appear on other playlists, either algorithmic or editorial — though Spotify isn’t ruling out expansion to these areas in the future.

“We wanted to make the tools accessible and available to artists of any size, at any phase in their career,” explains Spotify Product Marketing Lead Charleton Lamb in describing the new service. That’s why the company won’t require an upfront payment from artists and labels, he says.

“We were looking for a model that was acceptable, more democratic and fair…The model is going to allow even really small artists to access promotions at the same terms of the biggest labels,” Lamb adds. 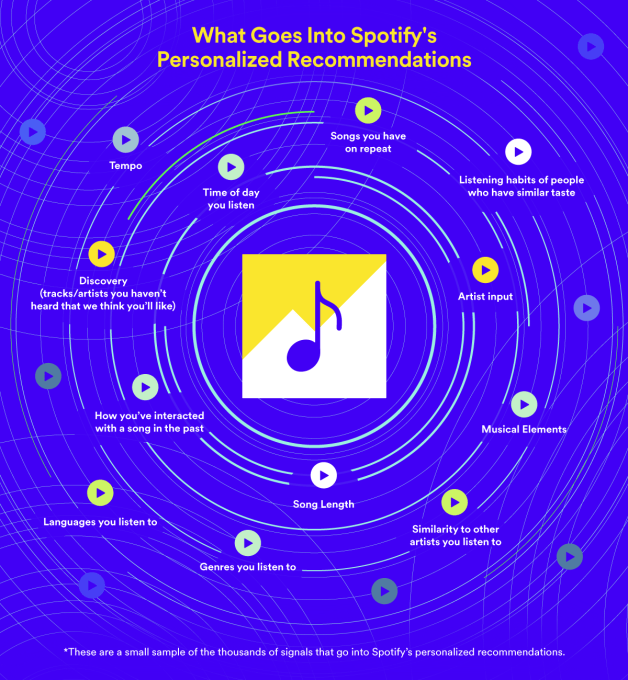 The idea is that if a track does well due to the promotion, the rights holders would see an overall positive ROI as the music becomes more popular and sees increased plays outside of the areas where the lower, promotional rate applies. Artists can also turn off the promotions at any time if the tool is not having a positive financial benefit.

Spotify isn’t detailing the extent of the royalty rate change for promotions, saying that it may be adjusted as a result of the test.

The company also stresses it will take listener interest and enjoyment into consideration with this change. Spotify says if the music performs well, it will continue to promote it. But if it doesn’t, it will be pulled back.

“We won’t guarantee placement to labels or artists, and we only ever recommend music we think listeners will want to hear,” Spotify notes, in its public announcement.

By Sound-Ad Blog
« older next »